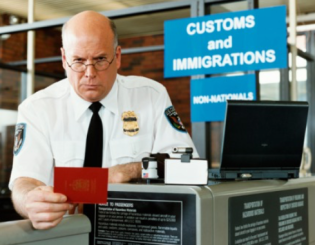 The latest iteration of the Muslim ban has made the restrictions on the affected nations indefinite, and it goes fully into effect on October 18. The waiver process will be one of the only ways people from the barred countries may be able to enter the United States. However, the administration has not provided any meaningful information to the public on how to apply for a waiver or the qualification standards and has yet to release information regarding any granted waivers.

In June, Muslim Advocates, the Southern Poverty Law Center, and Americans United for Separation of Church and State filed a Freedom of Information Act (FOIA) request asking for additional information about how the federal government intends to implement the case-by-case waiver provisions. The administration has yet to comply with any part of that request, even though the statutory deadline for a response has long since passed. This lawsuit seeks to have that FOIA request fulfilled.

According to Johnathan Smith, legal director of Muslim Advocates:

“These waivers will be the only way for many people from the banned countries to enter the United States, yet the government has not provided any clear guidance about how to apply, where to apply, who will adjudicate these applications, or how determinations about particular cases will be made. The government needs to provide some transparency about this process so the public can understand whether it is meaningful.”

According to Richard B. Katskee, legal director of, Americans United for Separation of Church and State:

“Americans shouldn’t be separated from their families because of their religion – but that’s what the Muslim ban has done to American Muslims. Religious freedom requires fairness, and the Muslim ban is unfair. The government can’t require Muslim families to navigate a waiver procedure not imposed on other Americans – especially when the government won’t even disclose how the waivers work.  We need to know.”

“President Trump’s Muslim ban is not only unconstitutional and un-American, it’s also non-transparent.  The American people have a right to know how the Trump administration is treating travelers and immigrants who seek to visit our country or rejoin their families here.”

Earlier this week, Muslim Advocates, Americans United for Separation of Church and State, and Covington & Burling LLP, in collaboration with the National Iranian-American Council (NIAC) and the Brennan Center for Justice at NYU, announced two lawsuits against the Trump administration’s latest efforts to unlawfully block the entry of Muslims into the United States and to carry out President Trump’s long-promised Muslim ban. Read more here.