Upon return from his disastrous first presidential tour abroad, plagued by a ferocious Russian controversy, finally there is some good news for Donald J. Trump.  Within minutes of his smartest Tweet to date from this Twitter crazed 45th President of the United States – HIS mother of all tweets went viral – and is continuing to spiral out of control as I write!  This is the Tweet that is sure to have the BIGGLIEST influence on all Americans, if not the entire Globe- after all it makes much more sense than anything else Tweeted to date by the country’s FIRST MORON:  “Despite the constant negative press Covfefe …”

And the Nation stayed up late – glued to their social media – Facebook, Instagram and of course Twitter – fixated by the massive collaboration to decipher precisely what it is  #45  had in mind when coining

And within minutes of its explosion into our lives every dot anything domain was immediately taken – from COVfefe.com to COVfefe.org to .net .biz . me and even .ME :

With many convinced this was Trump’s last resort at covert coded messaging to the Russians, here is a glimpse of a night and early morning hours filled with active deciphering:

Firstly, just what the doctor ordered – from my friend Dr. Carl Spitzer: 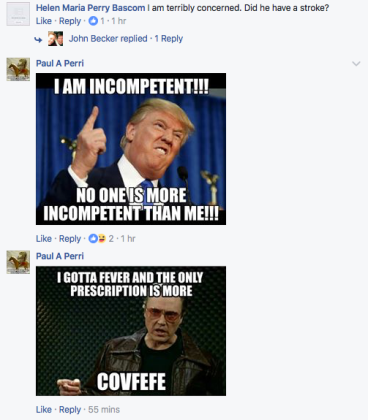 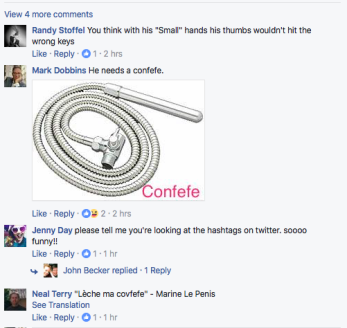 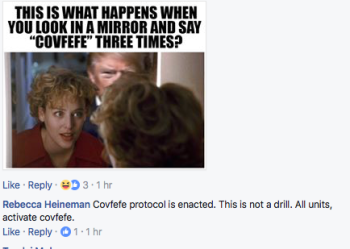 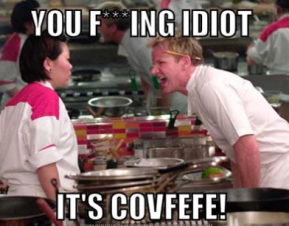 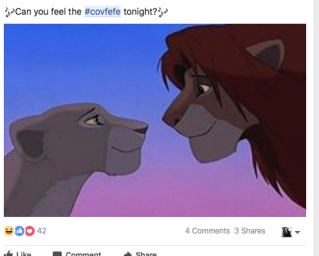 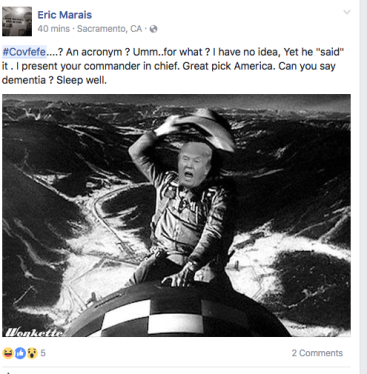 AND THEN HILLARY WEIGHED IN: 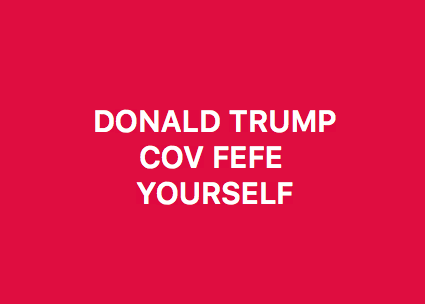 UPDATED The Next Morning:

This morning Trump took down his mysterious Tweet – and suggested in a new tweet that we all try and figure it out and ” enjoy”.  I believe I have solved the mystery –  I am now convinced – seeing that all the domain names for COVFEFE have been taken up, that Donald purchased them in advance of his mysterious tweet – in a brilliant marketing move – for 11 year old Baron’s new fashion label COVFEFE JEANS. What a launch!