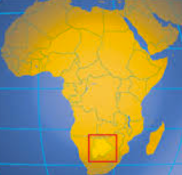 Some LGBTI refugees in Africa, who were scheduled to travel under the United States Refugee Resettlement program had their travel plans revoked last week under Trump’s illicit Executive Order which suspended the refugee program.

Now several have been rescheduled for travel this week,  with thanks to the court order halting Trump’s ban/ suspension and ongoing advocacy.

If you have any queries in this regard – please contact Melanie Nathan at nathan@africanHRC.org

The judge rejected arguments from Justice Department attorneys who said the travel ban fell well within the president’s national-security powers.

A federal appeals court on Sunday ruled that President Trump’s immigration order will remain suspended for the time being, allowing those previously banned from coming to the United States at least several days to get here. The decision by the U.S. Court of Appeals for the 9th Circuit preserves Judge Robart’s order to temporarily halt the ban.

African HRC has worked on an emergency basis through the weekend with LGBTI refugees and agencies,  providing management, guidance and advocacy to enable the refugees, whose travel had been revoked under the Trump ban, to now continue to travel under the resettlement program. As these LGBT refugees head toward resettlement travel this week, we  are still cautious and guarded,  as this situation remains uncertain and fluid.

Please note LGBTI refugees, who have spent two to three years being vetted and screened by UNHCR and the U.S. Government,  face particularly hardship with further persecution, even while refugees, under UNHCR protection, as they are subject to further persecution by local authorities and the heterosexual urban and refugee populations.

TO SUPPORT THESE EFORTS: DONATE HERE