TAG Statement for the Record in Opposition to the Nomination of Tom Price for HHS Secretary: 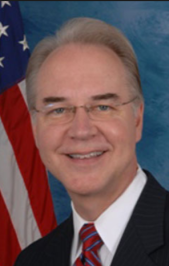 Treatment Action Group (TAG) releases this statement in strong opposition to the nomination of Representative Tom Price (R-GA) for Secretary of Health and Human Services (HHS). We urge critical community action and implore the Senate Finance Committee to challenge his nomination to helm an agency that plays an exceedingly important and complex role in ending the HIV, tuberculosis (TB) and hepatitis C (HCV) epidemics in the United States and ultimately around the world.

Tom Price’s questionable fitness to head a multi-agency cabinet-level department charged with the health of U.S. residents can simply be ascertained from his own record as a Congressional representative to parts of Atlanta’s northern suburbs – a district and metro area with extremely high rates of HIV and a flourishing opioid epidemic.

Despite the abundance of epidemiological data illustrating the impact of the HIV epidemic in his own district and in the Southeastern United States, Rep. Price has spent the last eight years undermining efforts aimed at providing health care and social services to communities both living with, and vulnerable to, HIV and other health conditions.

Throughout the recent hearing before the Senate Committee on Health, Education, Labor and Pensions (HELP), Price made several indications to continue a trend to dismantling existing systems, without details of a replacement that sustains access to health care and social services.

At a time when we are at the forefront of new science to deliver better antiretroviral therapies for HIV, breakthroughs in cures for HCV, and pathways for making TB treatments shorter and more tolerable, the nomination of Tom Price threatens to impede the progress of both research and implementation.

Upon confirmation, Tom Price will, as promised, oversee the dismantling and overhaul of health care systems that are responsible for delivering many of these medical advances to people in the United States, particularly those communities impacted by health, social and economic disparities as well as stigma.

Before the ACA, hundreds of people every year were waitlisted for the AIDS Drug Assistance Program (ADAP). People living with HIV (PLHIV) would need an AIDS diagnosis to be eligible for Medicaid. Pre-existing conditions would also disqualify many PLHIV from gaining insurance. While the ACA is not perfect, thousands of PLHIV have been transitioned onto insurance through marketplaces and have become eligible for Medicaid benefits. This has provided many with access to comprehensive health care for the first time, with profound effects on public health and prevention outcomes. Much of the success we’re seeing in increasing viral suppression rates and reducing the number of diagnoses annually will be put in jeopardy if the ACA is repealed without replacement. Without replacement and stewardship by the incoming Secretary of Health and Human Services, access to treatment, prevention and other services will remain out of reach for many of these communities.

HHS is not just the department that oversees our health care system, but also governs our public health, research, and regulatory agencies, such as the Centers for Disease Control and Prevention (CDC), Indian Health Services (IHS), National Institutes of Health (NIH), and the Food & Drug Administration (FDA). The recent revelation of ethics violations and refusal to clearly answer questions on these issues during the Senate HELP hearing clouds any trust in Price to ensure the sanctity and impartiality of these agencies. Trust in HHS leadership is needed in prioritizing pressing public health challenges, ensuring drug and device safety, and countering emerging threats such as Zika, Ebola, drug-resistant TB and antimicrobial resistance through robust R&D, proactive epidemiology, pharmacovigilance, and accelerated research and response.

Price’s worrisome background as a member of the American Academy of Physicians & Surgeons – an organization that promotes and endorses the theory that HIV does not cause AIDS, despite a substantial evidence base to the contrary – puts into question his capabilities to end an epidemic. Health conditions like HIV thrive on stigma. Yet Price has only perpetuated stigma and marginalized vulnerable communities by voting against bills that afford protections to the LGBTQ community. With attention needed for other neglected populations, such as prisoners impacted by HIV and HCV, it becomes less likely under a Price-led HHS that key populations will be able to access health care and treatment.

Now more than ever, ending the epidemics of HIV, TB and HCV requires a combination of bipartisan federal and state leadership, evidence-based policies, and adequate resources in proper alignment to deliver the promise of biomedical and public health advances. Efforts to lower drug prices for HIV and HCV while sustaining U.S. leadership in R&D for TB and other neglected diseases remain inevitable challenges to the successor of HHS and the Trump administration.

Tom Price, however, remains a concerning and unqualified candidate to lead HHS given a track record that only marginalizes communities, raises questions on his ethics and integrity to run an expansive $1 trillion department, and putting forth policy proposals that seek to fast-track the loss of lifesaving health care for 18 million Americans. Ending the epidemics remains impossible by destroying access to health care and treatment. With Price’s support of the repeal of ACA and efforts to defund Medicaid, the hopes and vision of providing health care – including ending the HIV epidemic, curbing HCV transmission, eliminating TB – among the poorest, sickest, most disenfranchised, most vulnerable Americans will vanish. ­­­­­