Scroll down for Spanish Translation: 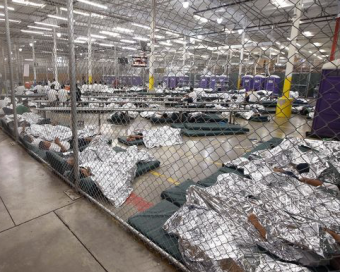 As we settle into the reality of a Trump Presidency, after a campaign of attacks on immigrants,  many are weighing in on what to expect. Thank you to immigration attorney, Sasha Westerman for this realistic clarification in the following instances:

LETTER TO CLIENTS AND FRIENDS:

I have prepared this statement for all of you since many of you are experiencing doubt, confusion and fear after the recent election results. It is my hope that these election results reflect more the public’s rejection of establishment politics and not the support of Trump’s discriminatory policy positions. Understandably, you are looking to your immigration attorney for reassurance about your future and your family’s future. I am here for you and will respond to any questions you may have as quickly as I can.

I cannot predict the future, but I would like to share some thoughts and suggestions with you all, as well as recommend some steps you and your friends and family should take to protect yourself. I would also like to remind people that the United States thankfully has constitutional protections built into the system to ensure that no one President is too powerful.

AMNESTY/REFORM: I do not expect any major immigration relief during the next four years that will benefit undocumented immigrants. If anything, the current law will likely be enforced in a much more strict way, something that the President can control. On the flip side, we may see laws expanding legal immigration paths (something Trump discussed many times during the debates and campaign). We may also see an expansion and implementation of laws strengthening punishments against illegal immigration. However, this will not happen overnight. This is not within the power of the President and would require an act of Congress. It would take time for Congress to create new, more restrictive laws and get them passed. While theoretically, if a Republican-controlled Congress is very motivated to act quickly on this issue, a new law could pass in a few months. Nevertheless, it is more likely that it will be a year or more (if it happens) simply because there are so many pressing issues before Congress and the process is complicated. Also, the Democrats in the Senate maintain enough power to filibuster almost indefinitely any negative laws.

DACA/DREAMERS: Programs such as Deferred Action for Childhood Arrivals (“DACA”) could be eliminated very quickly because their basis in the law was always the subject of controversy and they were created by Presidential decree/executive order. As such, persons who have been granted DACA who do not have a lawful entry should consider applying for a travel permit IMMEDIATELY to secure a lawful entry upon return. Persons with DACA should also make appointments with our office or their immigration attorney to discuss any alternative paths for legalization.

PROVISIONAL WAIVERS: In order for the President to change the procedures for or get rid of the Provisional I-601A Waiver program, he would have to go through an official rule-making process, which could take around a year. I do not believe this will occur, but the best thing is to get your case filed and processed as quickly as possible before Trump and Congress have a chance to change laws and procedures.

NATURALIZATION: If you are a permanent resident and are eligible to apply for citizenship, do not delay. You should file as soon as possible. In addition, USCIS filing fees are increasing as of December 23, 2016.

BORDER CONTROL: Border enforcement will likely get more aggressive. Please warn your family and friends. For those of you who may be traveling and passing through CBP, be prepared for delays at the airport. I also believe we will see a huge increase in criminal- prosecutions at the border for illegal re-entry after deportation.

PENDING USCIS CASES: Adjudicators will not instantly start deciding cases differently from how they are doing it now. I went to a USCIS green card interview at the Jacksonville Field Office yesterday and it was if literally nothing had changed. The laws are the laws. A case that would be approved today will be approved in the first few months of Trump’s presidency and likely beyond that unless Congress changes existing immigration laws which as stated above would take a tremendous amount of time. There could be rapid change in specific types of cases due to a policy change in discretionary aspects, but the majority of cases will be decided the same as before. New administrations can change how things are done, but there are laws preventing that from happening too quickly.

DEPORTATION: Those individuals with existing, unexecuted orders of deportation should be legitimately concerned. As an individual with an existing deportation order, you are subject to removal at any moment. A Trump administration could aggressively seek to track down aliens previously ordered deported for physical removal. However, ICE would need much more resources to be able to accomplish this in any type of quick fashion. Individuals who are subject to deportation and have no lawful immigration status should also be concerned although the threat is not as immediate as those who already have orders of deportation. The U.S. Constitution provides protection as all individuals present in the United States (except Visa Waivers overstays) have the right to a full and fair hearing in front of an immigration judge before having a removal order entered against them. Many will have relief available to them in immigration court. Further, when examining the sheer numbers of undocumented immigrants in this country (12 million or more) versus the number of immigration judges (242), it would literally take decades for all undocumented immigrants to have a hearing before an immigration judge and be ordered deported. Because of the lack of sufficient resources, it is likely that the Trump administration will continue to prioritize criminal alien cases over non-criminals.

SAME-SEX MARRIAGE: Marriage equality was implemented in the United States through Supreme Court precedent. It is not a law that Congress can repeal or an issue that the President has control over. Although we are likely to see a more conservative Supreme Court in the future, it would still be extremely difficult for them to overturn existing Supreme Court precedent. It is the law of the land now whether they like it or not. Supreme Court decisions set precedents that all other courts MUST follow, and no lower court can ever supersede a Supreme Court decision. In fact, not even Congress or the president can change, reject or ignore a Supreme Court decision. American law operates under the doctrine of stare decisis, which means that prior decisions should be maintained — even if the current court would otherwise rule differently — and that lower courts must abide by the prior decisions of higher courts. The idea is based on a belief that government needs to be relatively stable and predictable.

This means that overturning a Supreme Court decision is very difficult. For example, in the 1896 case of Plessy v. Ferguson, the Supreme Court created the “separate but equal rule.” It took the Supreme Court nearly 60 years to overturn this discriminatory law in Brown v. Board of Education in 1954. However, there are two ways it can happen:

• States can amend the Constitution itself. This requires approval by three-quarters of the state legislatures – which is no easy feat and based on public sentiment I do not believe that there are enough states that would support this type of measure.

• The Supreme Court can overrule itself. This happens when a different case involving the same constitutional issues as an earlier case is reviewed by the court and seen in a new light, typically because of changing social and political situations. The longer the amount of time between the cases, the more likely this is to occur. This almost never happens any time remotely close to the date of the original decision because of the doctrine of stare decisis.

I cannot promise that a sudden policy change will not affect your case, but I believe it is unlikely. I understand that you are scared and frightened, but the best thing to do is carry on as we have until now. You can help me in that regard by providing me with information and documentation as quickly as possible when I request it.

You will have questions that I will be unable to answer because I do not know the future. All I can do is hope that Trump takes a humane approach to immigration despite his rhetoric during the campaign. His two wives and mother are immigrants after all! My promise to you is that I will do the best possible job on your case. Do not despair. Keep moving forward. If after reading this you still have questions, please send them and I will respond as soon as I can. I am expecting a lot of questions, so it might take longer for me to respond than usual.

In 2014, Sasha received an award from the American Immigration Lawyers Association for her work on a team of pro bono lawyers who exemplified “commitment and passion in achieving justice for vulnerable and voiceless immigrants” due to their substantial involvement in important pro bono projects.

In 2015, Sasha was named one of the National Advocates, Top 40 Under 40 Attorneys in the field of Immigration Law, a designation reserved for the most prominent and leading attorneys in her or his field.  In 2016, Sasha was named one of Miami’s Top 20 Immigration Lawyers by Expertise.com.  A community activist and a lawyer, Sasha is as much known for her commitment to social justice as she is for her top-quality legal work.   /react-text

One thought on “Immigration Attorney Explains Fears in Trump Land”