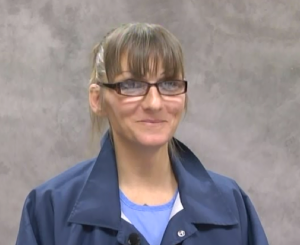 A federal appellate panel on Monday questioned whether California prison officials accelerated the release of a transgender female prisoner to avoid having to provide her with sex-reassignment surgery.

In April, U.S. District Judge Jon Tigar of the Northern District of California ordered state officials to provide sex-reassignment surgery “as promptly as possible” for Michelle Norsworthy, a transgender woman who had been in state prison since 1987 for second-degree murder. Tigar, the second federal judge in the country to grant such an order, found that the state’s refusal to provide Norsworthy with the surgery amounted to cruel and unusual punishment in violation of the Eighth Amendment.

Officials with the California Department of Corrections and Rehabilitation promptly appealed Tigar’s ruling to the U.S. Court of Appeals for the Ninth Circuit, arguing that they had given Norsworthy appropriate care, including counseling and hormone therapy. However, one day prior to oral argument, Norsworthy was released on parole.

In a brief opinion handed down Monday, Circuit Judges Stephen Reinhardt and A. Wallace Tashima questioned the independence of the parole review process, noting that Norsworthy’s release came roughly six months earlier than she ordinarily would have been eligible. They declined to vacate Tigar’s injunction and remanded the case to the district judge to determine “whether this appeal became moot through happenstance or the defendants’ own actions.” If the latter is the case, Tigar could allow his injunction to stand.

In dissent, Judge Consuelo Callahan wrote that the injunction should be vacated and that “the remand simply encourages unnecessary litigation over a mandatory preliminary injunction that everyone agrees is moot.”

Norsworthy was represented on appeal by Herman Hoying and Christopher Banks at Morgan, Lewis & Bockius and a team from the Transgender Law Center in Oakland. Flor Bermudez, the Transgender Law Center’s detention project director, said that Monday’s opinion will allow Tigar’s earlier decision to “continue to carry significant weight in other jurisdictions.” Bermudez said that Norsworthy’s case points to a need to have policies in place to make sure that prisoners have access to “gender-affirming medical care.”

“It shouldn’t be that every transgender woman has to file a lawsuit” to get adequate care, Bermudez said.

A spokesperson for the state Department of Corrections and Rehabilitation said that the department is reviewing the decision and declined to comment further.

Tigar’s decision marked the first time a judge had ordered California to grant a prisoner sex-reassignment surgery. In 2012, a federal judge in Massachusetts required that state’s Department of Corrections to provide the procedure, but that decision was overturned by the U.S. Court of Appeals for the First Circuit last year.

Morgan Lewis and the Transgender Law Center settled a separate, similar case before Tigar in August. As part of the settlement, the California Department of Corrections and Rehabilitation agreed to “review and revise” its policies regarding transgender inmates’ access to treatments deemed medically necessary, including surgery.

Rosen Bien Galvan & Grunfeld’s Aaron Fischer, who represented the Bay Area Lawyers for Individual Freedom as amici in the Norsworthy case, called the decision below a “groundbreaking decision for the rights of transgender prisoners.”

5 thoughts on “Suspicious Timing in Release of Transgender Prisoner”