We have conveyed to President Museveni, enacting this legislation will complicate our valued relationship with Uganda

President Barack Obama informs the world that he has indicated to President Yoweri Museveni that this anti- homosexuality Bill will complicate US relations with Uganda.  And damn right it will. Because as an LGBT activist community we are going to go all out to hound anyone who does business with Uganda again. Mark my words! This will include stopping tourism in its tracks! Ugandans have said they prefer their sovereignty to peaceful international relations, and as Museveni has told his NRM Party that he is ready to go to war with world gays over this, he is then indicating he is ready for war with our President who supports us. They will then pay the price.

Now let us hope that President Obama will open our doors to Ugandan refugees. 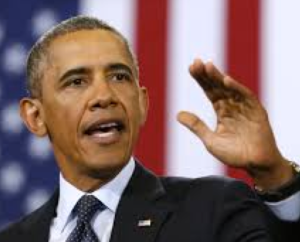 As a country and a people, the United States has consistently stood for the protection of fundamental freedoms and universal human rights.  We believe that people everywhere should be treated equally, with dignity and respect, and that they should have the opportunity to reach their fullest potential, no matter who they are or whom they love.

That is why I am so deeply disappointed that Uganda will shortly enact legislation that would criminalize homosexuality.  The Anti-Homosexuality Bill in Uganda, once law, will be more than an affront and a danger to the gay community in Uganda.  It will be a step backward for all Ugandans and reflect poorly on Uganda’s commitment to protecting the human rights of its people.  It also will mark a serious setback for all those around the world who share a commitment to freedom, justice and equal rights.

As we have conveyed to President Museveni, enacting this legislation will complicate our valued relationship with Uganda.  At a time when, tragically, we are seeing an increase in reports of violence and harassment targeting members of the LGBT community from Russia to Nigeria, I salute all those in Uganda and around the world who remain committed to respecting the human rights and fundamental human dignity of all persons.

PLEASE HELP US RESCUE GAY UGANDANS AT THIS CAMPAIGN: http://www.indiegogo.com/projects/rescue-fund-to-help-lgbt-people-escape-africa/x/6400968 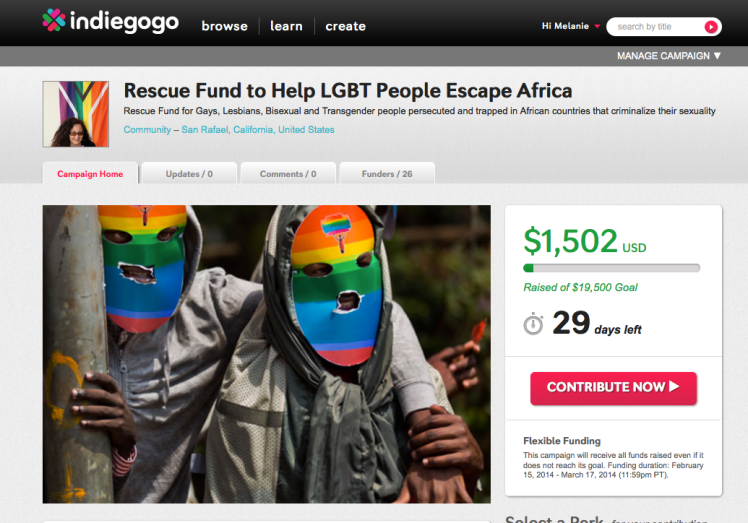 He may find his war will be with more than just us Gays. CROSS POSTED CNN from as follows: Kampala, Uganda (CNN) — Uganda’s president Saturday vowed to sign sweeping anti-gay legislation, citing what he said were scientific, not political, considerations for a controversial measure in a country that already criminalizes homosexuality. In a statement, […]

AND because of this President Yoweri Museveni says he will assent to the Anti-Homosexuality Bill By Melanie Nathan, February 15, 2014. Findings by a group of Ugandan scientists from Makerere University and government have turned the anti-homosexuality bill debate around, according to the Ugandan Press. The report by Ugandan Scientist’s turned out as expected, ‘from […]

Is this real or mere political pandering to increase his leadership popularity ? By Melanie Nathan, February 14, 2014. Unconfirmed reports are coming in from Uganda from our sources on the ground asserting that President Yoweri Museveni had said at a the NRM retreat that if the Anti-gay Bill was put in front of him, […]

And the Renewed Interest in Genetic Factors in Homosexuality  By Melanie Nathan, February 14, 2014. In an article posted by Warren Throckmorton, it is revealed that papers in Australia and the UK published stories late yesterday about a study recently described at the 2013 International Association for Sex Research by Alan Sanders and then yesterday by […]

Ugandan MPS and Museveni Want to Stop Bail for Sodomy

Jail and no Bail Museveni’s Valentines Day gift to gays is making it worse for those who may try and escape persecution when arrested under unjustifiable and unconsitutional laws By Melanie Nathan, February 15, 2014. Just when we thought things could not get any worse for Ugandan Gay people, President Museveni and his ruling Party […]

As Kenyan’s stand poised to be one of the few countries in the region to consider tolerating diversity with a wider acceptance of LGBT people, By Melanie Nathan, February 1o, 2014. While gays and lesbians around the world are protesting the passage of the Anti-Homosexuality Bill, Uganda’s Kuchus are seeing solidarity and support expressed by […]

Posted by Melanie Nathan, Feb 09, 2014. In the continued controversial drama of the Ugandan Anti-Homosexuality Bill,  an open letter appeared this week in a Uganda newspaper, sponsored by more than 60 doctors and eight organizations, in the context of President Museveni’s inquiry on homosexuality, as to whether or not it is an abnormality worthy […]

I call upon all those than still have some humanity in them to rise up and fight for all marginalized LGBT people across the world.” VictorMukasa,Feb 5 2014 By Cathy Kristofferson, February 6, 2014 Tuesday the Kuchu Diaspora Alliance(KDA) protested in front of the D.C. Ugandan Embassy against the recently passed Anti-Homosexuality Bill (AHB) along with […]

Lokodo Hunts while the West Sleeps | U.S.A. must act immediately to open its doors to LGBT Ugandans seeking refuge. By Melanie Nathan, February 06, 2014. If we in the Allied countries had our response to Nazi Germany to do all over again, perhaps the persecution of Jews would not appear on page 6 of […]

Asking to speak to the Ambassador… By Cathy Kristofferson, February 4, 2014 Right now the Kuchu Diaspora Alliance, KDA, is holding a protest at the Ugandan Embassy in Washington, D.C. They are asking President Museveni and Uganda lawmakers to withdraw the Anti-Homosexuality Bill (AHB) passed by the Parliament December 20th of last year — in its […]

By Cathy Kristofferson, February 3, 2014 Today, the website Parliament Watch Uganda released the Hansard, the Parliamentary proceedings, of the Dec 20th 2nd reading of the Anti-Homosexuality Bill (AHB). Proponents for the AHB lead off with the tired old need to defend marriage as between one man, one woman argument but quickly got to: “There have […]

It is time to go out of our way and to show solidarity with Uganda’s Gay LGBTI community By Melanie Nathan, January 31, 2014. KUCHU DIASPORA ALLIANCE  (KDA), the group of Ugandan LGBT and allies, living in the United States, invites you to join in a critical protest on Tuesday, February 4, 2014 @2pm at […]