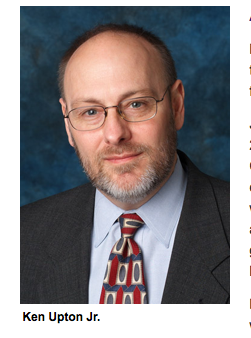 Morality clauses are hardly enforceable in divorce agreements to start with, and so imagine when a Judge knowingly orders such a clause in a divorce judgment that in essence forces partners apart because the law fails to allow them to marry. Well, while the couple in this story is suffering what is tantamount to ‘apartheidesque’ persecution under operation of law, they are certainly making the case for hardship that pronounces upon the critical necessity for a full equality civil rights bill that will in effect force every single one of the United States of America to provide civil marriage equality for all. Piecemeal marriage equality is hurting the LGBT community and this story makes the case for such:-

The Dallas Voice is reporting and here is the full report :-

” MCKINNEY — Page Price and Carolyn Compton have been together for almost three years, but a Collin County judge is forcing them apart.

Judge John Roach Jr., a Republican who presides over the 296th District Court, enforced the “morality clause” in Compton’s divorce papers on Tuesday, May 7. Under the clause, someone who has a “dating or intimate relationship” with the person or is not related “by blood or marriage” is not allowed after 9 p.m. when the children are present. Price was given 30 days to move out of the home because the children live with the couple.

Price posted about the judge’s ruling on Facebook last week, writing that the judge placed the clause in the divorce papers because he didn’t like Compton’s “lifestyle.”

“Our children are all happy and well adjusted. By his enforcement, being that we cannot marry in this state, I have been ordered to move out of my home,” Price wrote.

Price also mentions that Compton’s ex-husband rarely sees their two children and was once charged with stalking Compton. She said he also hired a private investigator in order to bring the case before the judge. Court records show the ex-husband, Joshua Compton, was charged with third-degree felony stalking in 2011 but pleaded to a misdemeanor charge of criminal trespassing.

Price declined an interview until her lawyers figure out the next step.

Compton was granted a divorce from her ex in 2011, according to court records. The case was reopened in April to dispute custody, which she shares with him.

Ken Upton Jr., senior staff attorney for Lambda Legal’s Dallas office, said he is familiar with the case. He said morality clauses are rarely enforced and were historically used to prevent unmarried people from cohabitating with children present. Courts often include the clauses without people knowing, especially in conservative areas like Collin County, he said.

Gay couples are unfairly targeted under the clause because they can’t legally marry in Texas, Upton said.

So, an ex who is upset that his marriage ended because his wife was gay could use it against her later.

“What the clause has become is an extra burden on gay people because they’re no more likely to violate it than straight people,” he said. “It’s a problem that continues with homophobia.”

Upton said Compton wasn’t held in contempt for living with Price, but the judge is going to issue a new order that cites Price must move out under the clause.

The couple can appeal the decision, which would likely be overturned. Upton said many appeals courts look at the relationship and if it causes any harm to the children in deciding whether to honor the morality clause. Being that the couple already lives together with a healthy environment for the kids, Upton said they stand a good chance to win on appeal.

If the couple decides to appeal, he said the case could set an example in Texas for how courts will interpret the clause for gay couples.

“This could be an important case in Texas,” he said. “I think it’s a case to watch.”

The situation is similar to a 2011 Houston case where a judge ruled that William Flowers couldn’t leave his children alone with his partner, Jim Evans, because they were not related by blood or adoption, despite the couple being married. Had he ruled under the morality clause, the partner would have had to move out.

The appeal was filed in October 2011 with the oral arguments heard in November 2012, according to court records. The ruling is still pending.

My opinion – If the Judge knew that they cannot get married in the State of Texas and if the custody order requires that the mother stay in Texas to exercise her custodial right, then it is my opinion that the judge has knowingly ordered the persecution of the lesbian mother.

This is an opportunity for the USA to wake up to the hardships that haunt and persecute LGBT Americans for lack of equality. While the Judge himself should be taken to task via whatever process available for ordering such a clause, this may be a much needed wake up call. This case should get all the publicity it can.