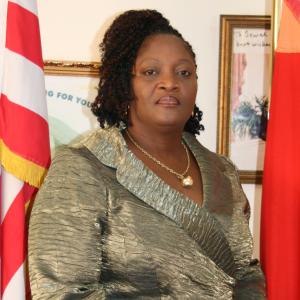 Expressed many times on my blog, is the fear that David Bahati’s Kill the Gays Bill, currently before the Ugandan Parliament, could well spread to other parts of Africa , as it is accompanied by the promotion of much anti-gay rhetoric and myth.  It seems that the Kill the Gays idea is indeed spreading, even though it has met with great criticism around the world. In conversations last year, David Bahati told Warren Throckmorton and me that other African nations had expressed interest in his Anti-Homosexuality Bill, which we have come to know as The Kill the Gays Bill.

Former Liberian first lady Jewel Howard Taylor has introduced a bill making homosexuality liable to a death sentence, amid a raging debate over gay rights in the country, a lawmaker said Wednesday.

“No two persons of the same sex shall have sexual relations. A violation of this prohibition will be considered a first degree felony,” reads the proposed amendment to marriage laws.

First degree punishment can range from 10 years to life imprisonment to the death sentence, on the discretion of the judge.

Voluntary sodomy is already a criminal offence in the west African country and can result in up to three years imprisonment, according to a lawyer consulted by AFP.

George Tengbeh, a senator supporting the bill, said he hoped it would put an end to months of acrimonious public debate on gay rights.

In an attached letter to the plenary of the Liberian Senate, Senator Taylor reminded her colleagues that the Traditional Beliefs of Liberia do not in any way or form mean the thought or action of a marriage between persons of the same sex.
“Even though this idea is totally unaccepted to Liberians, it is a glaring fact that same sex marriages are happening in the world at large,” the Bong County Senator noted, adding that it is therefore incumbent upon the Senate as a guardians of the sacred heritage to insure that their generation leaves the nation in a better position than they found it.
The act which was turned over to the Senate committee on Judiciary for action is the second attempt by the Legislature to silence the issue of homosexual rights in Liberia.
Lofa County Representative Clarence Massaquoi this week presented an act to the house to amend Section 14 Sub chapter D of the new penal law of the country making same sex practices a criminal offense.

A similar bill was offered in the Liberian House last week by Clarence K. Massaquoi. This article has some detail about the proposed Act:

The Act states among other things that immediately after the passage of the Act, Chapter 14, Sub-Chapter D of the New Penal Code will now be amended and that Section 2 Sub-Chapter 14.80 will be added to which states that a person is guilty of Same Sex Sexual practices if he/she has sexual intercourse with another person of the same gender (male/female) with or without the consent of either person.

The Act also states that a person is guilty if he/she purposefully engages in acts that arouses or tend to arouse another person of the same gender (male/female) to have sexual intercourse; willfully, and with total disregard to societal moral dignity, seduces, encourages, promotes another person of the same gender (male/female) to engage into sexual activities.
According to the proposed bill which has been sent into committee room for review, Same Sex Sexual Practices is a felony of the Second degree, and as such the trial of all cases under Chapter 14.80 shall be heard in open Court.

This morning Warren Throckmorton, informed me about the text of the proposed amendment concerning homosexuality which he received  from Jarlawah Tonpo, Director of Press and Public Affairs of the Liberia Senate. Offered by former First Lady, Sen. Jewel Taylor, the amendment has not yet been debated and is not yet law. No date has been set for debate or vote. Both Houses of the legislature would need to pass the bill to send to the President for signature or veto. I wrote about this bill and a companion bill in their House last week.

As far as I can determine, in Liberia penalties for a First Degree Felony can range from 10 years in prison to death. The amendment is short and without definitions.

TO THE DOMESTIC RELATIONS LAW OF LIBERIA

Sub section 2.3 who may not marry

“No marriage shall be contracted between persons, one or both of whom has a spouse still living; not

between an ancestor and a descendant, a brother and sister of either the whole or the half blood, an uncle and niece or an aunt and nephew, or first cousins; or of persons of the same sex.

To Amend and restate Section 2.3 of the Domestic Relations Law to provide for the prohibition of same sex marriages in Liberia.

It is enacted by the Honorable Senate and House of Representatives of the Republic of Liberia, in Legislature assembled:

That from and immediately after the passage of this Act. Section 2.3 of the Domestic Relations Law is hereby amended and restated as follow:

This prohibition shall apply whether the prescribe relatives are legitimate or illegitimate. No one shall  give effect to any public act, record, or judicial proceeding of any one which represents a relationship between persons of the same sex that is treated as a marriage under the laws of the Republic.

No two persons of the same sex shall have sexual relations. A violation of this prohibition will be considered a first degree felony.

This Act shall take effect immediately upon publication into Handbills.

ANY LAW TO THE CONTRARY NOTWITHSTANDING