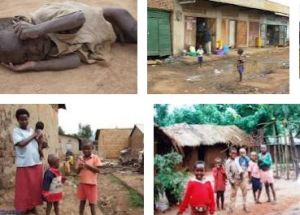 Further to my earlier report and now according to Warren Throckmorton Helen Kawesa, Uganda’s Parliamentary spokesperson informs  today that David Bahati’s Anti-Homosexuality Bill is on the agenda to be tabled for a first reading in today’s session of Parliament.

Throckmorton’s post reads:- Kawesa said, “The bill will go through a new process again. It is a new Parliament.” This means that the bill will be referred today to a committee for study and recommendations. According to the Kawesa, the entire process of a first reading, referral to committee, public hearings and then a committee report to Parliament will be followed. She said, according to the rules of Parliament, the bill cannot be passed today.

I called David Bahati last night before this morning’s meetings and the Ugandan member of parliament who authored the Kill the Gays Bill told me today that the Bill is being introduced and read in its original form. He said the committee changes made will be incorporated later.    He confirmed that the Bill is being decided by the committee as to when it will come to the House floor.

I asked about the death penalty and he told me that the Bill will be first introduced in its original form. What happens after that, he said, “would please you people as it would be more moderate.”  Yet he could not confirm what would be changed.

He told me that the most important thing is that once the Bill passes there can be no more “promotion of that behavior” in Uganda. That the government will clamp down on organizations and NGO’s which promote homosexuality.

He said, “but don’t worry the bill will not be harmful to you people; and it will protect the children of Uganda. “ We cannot mess up the future of our children.”

I asked Bahati about tourism, “are you concerned people will stop visiting Uganda if you pass the Bill?”  He said, “no Uganda has been voted the best destination in Africa last year. I am not worried about that.”

He told me that the purpose of the Anti-homosexuality Bill is to “protect our children from promotion of that behavior.” I then asked what about consenting adult in private. He said that is outlawed “because they are doing the wrong thing.”

I asked him to explain how that fell into the reasoning of promotion and he was unable to answer, instead changing back to the same repetitive rhetoric: “We cannot debate the freedom of our country to make laws to protect our children.”

I asked Bahati to name me one case of harm caused to children by homosexuality. He could not answer me. I cited the Xmas deaths of 14 women in childbirth asking if that surely is harm and he said “we are dealing with those problems.” I was answered with the same rhetoric.

When questioned about the process, Bahati was vague and seemed to want to avert attention from the Bill at this time.

UPDATE: 8:15am – According to a person in the plenary session of Parliament, Speaker Kadaga said the bills renewed from the 8th Parliament will be read for the first time today but reports on the bills from the 8th Parliament will be used as a basis for moving toward a 2nd reading and debate. If true, this means that the time from first reading to second reading, debate and possible passage will be much shorter than would be true if a new bill was introduced.

UPDATE: 11:05am – There was a rumor that David Bahati would ask for a special action of Parliament to make today’s introduction count as a 2nd reading of the bill, thus allowing discussion and a possible vote. However, according to Ms. Kawesa, Parliament has concluded for the day with no further action on the AHB. In addition, it appears that similar Parliamentary rules will apply to the timing of a second reading as was applied to the first reading in 2009. This means that a minimum of two weeks must pass before the second reading can be accomplished.

Based on reports from Parliament in October, 2011, it was anticipated that the anti-gay measure would be considered by the new Parliament without repeating the first reading. During the October 2011 session, the Parliament voted to return unfinished business from the 8th Parliament to the current session. At that time, Kawesa said that Speaker of the House Rebecca Kadaga’s Business committee could recommend that the anti-gay bill go back to committee or it could recommend that the former committee report become the basis for debate in the Parliament. Based on the Kawesa’s statement today, the bill is starting over in committee.

The original committee report from Stephen Tashobya’s Legal and Parliamentary Affairs committee left the severe aspects of the bill intact, including the death penalty and life in prison (see an analysis here).

Today’s order paper is below. Note that the bill is slated for a first reading (click to enlarge).

She said the bill was basically the same bill as was almost considered in the 8th Parliament. She had no explanation for why the bill was not being considered where it was stalled back in May, 2011.  (Throckmorton)