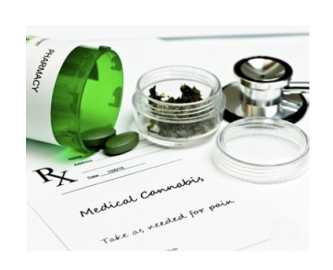 San Rafael, CA – More than two months after the County of Marin introduced a revised draft ordinance for delivery-only medical cannabis licensing for public review, the time for a formal vote is approaching. First, the Marin County Board of Supervisors would need to approve the first reading of the ordinance at 1:30 p.m.October 31, setting up a public hearing and potential vote for 1:30 p.m. November 14.

The proposed licensing ordinance was published September 8 but then revised following a public workshop October 10. It would establish a regulatory framework and local delivery options for patients to safely access medicinal cannabis consistent with a state law approved in June. The ordinance would require a retailer to be closed to the public and dispense medicinal cannabis exclusively by delivery – a significant change from an ordinance approved in December 2015. Such retailers would have to be located at least 600 feet from schools, day-care centers, youth centers and playgrounds. Locations could be within industrial-zoned and office properties in addition to commercially zoned districts. More details about the changes are available in the staff report.

The public may review the draft ordinance on the County’s website. The Board chamber is in Suite 330 of the Civic Center, 3501 Civic Center Drive, San Rafael. All sessions of the Board of Supervisors may be watched live on Comcast Channel 27 or on the County’s webcast. Sign up to receive emailed County updates on the Cannabis Program webpage.